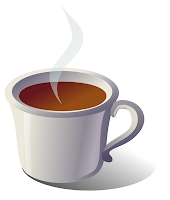 Let me preface this by admitting that coffee creamer is the one thing I have not even looked at changing yet. I know, it's full of trans fats and...other yucky things. I've made a lot of changes and this is the one major trans fat that I haven't made a move to let go yet. I don't use regular milk/cream because it upsets my stomach. I used to think I had lactose intolerance but actually raw milk doesn't bother me at all. But, I frankly don't like it in my coffee. Real cream, I mean REAL cream, clumps a bit (although I thought it was so cool in a Europe trip eons ago) and it isn't s-m-o-o-t-h and creamy; plus it is expensive. Yes, I like non-dairy coffee creamer.

This morning I was blissfully ignoring the ingredients in my new brand (Community) and enjoying a cup of coffee after the wonderful breakfast dc made for us (they were so cute and had it all planned out the night before). As we're sitting there dh, of all people (!), was looking at the ingredients and said in a quizzical voice, "Titanium dioxide?" "ACH! You're kidding me???" was my response as my head hit the table and I groaned. When I ventured to look up he said, "You've heard about this?" At this point my voice got a little shrill and I told him that I had even blogged about it, it was poison, not the same as the titanium used for implants and I couldn't believe I was drinking it several times a day! I think I blacked out at that point, lol, and the dc were snickering.
So, here I sit with my plain green tea; a dreamer for creamer.
So what's one to do???
I WISH I simply used liquid coffemate flavored creamers, specifically french vanilla. Why? Because here is the ultimate recipe for a replacement:
http://www.modernbeet.com/archives/120
So simple!
Give it a go and let me know how it goes :).
I tried this dried buttermilk but it tasted awful:
http://www.sacofoods.com/culteredbuttermilkblend.html
I don't want non-fat powdered milk.
I don't want sweetened condensed milk.
I don't want hydrogenated soy oil (or any hydrogenated oil or any type of soy oil).
I don't want corn syrup solids.
I don't want unpronouncables.
I don't even need flavored or sweetened (I just use one drop of stevia per cup)
I just want a decent-tasting creamy cup of coffee.
Here is a non-dairy coconut-mocha creamer:
http://www.freecoconutrecipes.com/recipe_Non-Dairy_Coconut-Mocha_Coffee_Creamer.htm
I wonder how this would taste?
http://www.enerhealthbotanicals.com/Coconut-Milk-Powder-p/cp.htm
These are not coffee but may be coffee substitutes for a nice warm drink - sort of like warm eggnogs:
http://kellythekitchenkop.com/2010/01/nourishing-vanilla-steamers-like-crme-brule-in-a-glass.html
(since I don't get fresh eggs right now, just conventional, I would not add the egg, same for the recipe below)
http://heavenlyhomemakers.com/winter-comfort-warm-vanilla-soother
(I like the idea of arrowroot for a thickener. Anything wrong with arrowroot other than carbs?)
Basically, I'm going to have to try straight cream again. The problem with me having cream in the house, I mean real cream, is that it finds its way into everything and I'm sure a pint won't even last a week. Mmm. I love real thick cream on my eggs, in my soup, on my beans, by the spoon, you name it! 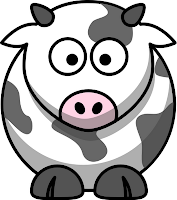