Snake Game:
All of my dc (and I!!) are pulled toward the snake game. The olders outgrew it and youngest dd has been using it this year (and last year). I made it using pony beads and pipe cleaners. That was extrememly inexpensive and has lasted about 5 years (is it possible that it's been that long???) with a lot of use in a home environment. This picture is tiny - below is the link to my webshot picture.

When I first introduce it I use some snake pages someone shared in which there are numbers that evenly work out to tens. For example: 2+8+4+6+9+1+7+3+5+5. They can be scrambled but the pairs should always be together so that there is a ten for every 2 bars. These are in the box and the child uses them on their own. Once they are ready (and can proficiently self-check, which seems to be the hard part) I introduce the black/white bead bars and they can begin to create their own snakes.

Don't know what I'm talking about? Here is a great demo video (short and sweet) by Suzanne of JMJPublishing. Click on Positive Snake Game 1, 2, and 3.

I have a love/hate relationship with avocados. I LOVE to eat them. Especially on a sandwich (with or without ham) with sauerkraut. I HATE to waste them. Which I do. A lot. Yo

u would think that someone who grew up in the tropics eating them all season long would know how to properly select one. I either cut them too soon (ick) or wait too long (ick, ick). Or, my all time favorite - set them in a bowl on top of the fridge for "just a day" and forget all about them.
Recently my mom had some little snack packs that I fell in love with immediately. Single servings of fresh avocado. Portable too! They slip easily into my lunchbag for on-the-go eating or at work. Unfortunately they are a little too much for what I want to spend for 3 servings.
Last week I got a different kind of packaged avocados (read: less expensive). They were halves, not mashed, and the only ingredient is avocado. No preservatives. They are vacuum-packed and have an early expiration date. The package had 6 but they are all in the same seal so I had to decide how to handle the extra (even I can only eat so much avocado at a time!).

I remembered the advice posted on a group: freeze it! After eating my fill of avocado sandwich I mashed the rest and mixed it with fresh juice from 1/2 lemon (actually it was a 'lime' which are green lemons to me and limes are a different fruit altogether - sort of like calling a grapefruit an orange, but anyway...). I added a little Real Salt also. After mixing I spooned it into an ice cube tray and stuck it in the freezer.

I was making rice wraps for lunch (youngest dd really likes rice wraps with meat and cheese) and remembered the avocado in the tray. I popped them out, left one to thaw, and put the rest in a baggie back in the freezer. I put it in my rice wrap with (you guessed it) sauerkraut. They stayed a pretty bright green and it was delicious! [Should I add that, being the impatient person that I am with inanimate objects, that I put it in the skillet a minute to hurry it along??] $1.99 is worth it to me for approximately 10 servings of delicious and healthy avocado - and no waste!! 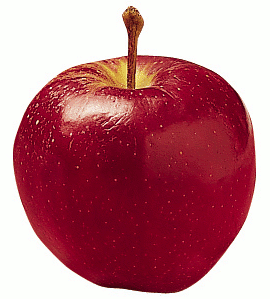 The other day I had the pleasure of being stranded at home for the day. It really was a pleasure that I relished (once I got over the fact that I couldn't do what I had planned for the day). I had a container of organic apple juice that the dc had picked weeks ago for a remake of the "Killer Pancakes" recipe that are sort of like 'pancake muffins.' I didn't want it to go bad so I did the following on our home day:
- Apple flavored Killer Pancakes [the batter was a fiasco so I ended up pouring it in a baking pan and later cutting like granola bars - they ended up really liking it]
- Apple water kefir
- Apple juice jello. I was so thrilled when I found out that you can make jello from fruit juice. They can enjoy a mainstream treat without the dyes and excess white sugar. The recipe is on the box of plain jello but it's basically 2 cups juice plus the packet (pour 1/2 cup juice in a bowl and sprinkle the packet on it while you boil the juice. Then pour in the juice and stir to dissolve. Done. No more work than the normal packets and no dyes!).

Taking advantage of being at home I also:

- Made a batch of yogurt using Braum's milk because they don't "routinely give antibiotics" to their cows nor does it have hormones. Not organic but the closest to it on a tight food budget. That's my compromise milk and I save the good milk for drinking.

- Made rolls for sandwiches.

If I understand correctly, it's the nanoparticles that you can inhale or ingest that are the problem, not the actual titanium used for joint/teeth implants. Honestly I haven't studied that but the focus of this study was the nanoparticles. (Thanks, C. for posting on the group!)

I've noticed titanium dioxide in foods recently but I'm focused on so many things to avoid already that I barely registered it. That will now change. I usually put the packages back anyway (sigh). Our modern lifestyles lend themselves to convenience foods but many of the modern convenience foods are poisoning our kids. Even traditionally healthy foods have unnecessary additives. Please, banana flavoring in dried bananas (I am now grabbing and pulling my hair). "Mold inhibitor" in cheese??? Give me a break! Cheese molds. It's natural. That chemical that we'll find out later causes cancer isn't! Now I only buy block sharp cheddar cheese with the Kroger or Wal-Mart label. Kraft has it in their block also and they all have it in the shredded. Either eat it quickly, freeze it, or cut off the fuzzy green parts all around the outside, lol.

I REALLY want to check out and read Pottenger's Cats. My dc are 3rd generation cats (that sounds so weird, lol). In his experiment the 3rd generation quit reproducing entirely (or was it the 4th? Like I said - I still need to read it). Obviously the study was with cats and does not directly pertain to people; but it does point to the role of diet/nutrition and it's effect on a species. We have so many fertility issues in this country. Coincidence? And that's just one indicator of the damage done to humans. My mom's generation started off with good, healthy, traditional foods. Her's changed to the modern mass food conveniences so that's what I started out with - trans fats, dyes, high fructose corn syrup, dead milk, dead/toxic cereals, etc and it's all I knew. My dc started off with that even before they were born. Along with all of the bad I and they were ingesting was the LACK of good stuff to counterbalance it. Is it any wonder that even during cancer treatment she was still running circles around me as I struggle to rehab from Lyme?? She at least got a good start before her eating habits changed. I think that made a difference.

Quote of the Day:

"Humour plays close to the big, hot fire, which is the truth, and the reader feels the heat."