I really did mean to post these pictures during Advent... or at least during the Christmas season!  Oh, well... maybe they will help someone next year?  We made these several years ago.  I *think* my main resources were domestic-church and stnicholascenter.org but I'm not completely sure. 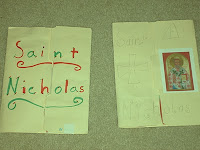 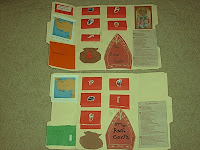 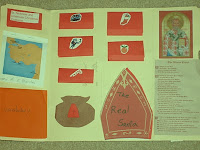 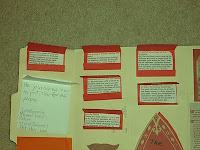 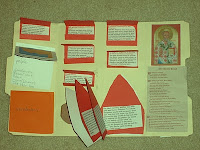 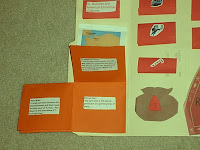 Flat Bread:  Dc wanted to make some salami cheese melts on some flat bread or pita style bread.  When we were getting groceries and I read the ingredient lists I just couldn't bring myself to get what we found as I put down pack after pack of choices.  I told them I would just make them some for the dinner they were making.  I wanted to honor their choice of meal since *they* were making it :).

So, there I was in a familiar spot of trying to find a recipe that I can make in... an hour.  This recipe has no yeast and got good reviews.  I'll be trying it on the tortilla maker

http://allrecipes.com/Recipe-Tools/Print/Recipe.aspx?RecipeID=85469&origin=detail&servings=10
[update:  they were good but were basically like tortillas.  I probably flattened them too much - although the recipe said to flatten like a tortilla]

Here is another recipe that I want to try - Naan Bread:  I wonder if these would work on a griddle?  I may try it baked in the toaster oven and also on the griddle.  I would also like to try it with wheat (white wheat or whole wheat).
http://maria.fremlin.de/recipes/naan.html
Posted by Bamboo at 6:19 PM