I *finally* convinced my 18-yr-old to have a birthday party.... about 6 months after her birthday! :)

We invited 2 families (very small since we were taking over my mom's house!) and watched Singin in the Rain

- my daughter's absolutely favorite movie.  Her backup in case there was time was Strike up the Band

with Mickey Rooney and Judy Garland.

Here are some pictures of the lay-out for our Movie Theatre Concession Stand.  Each guest got about 10 tickets when they arrived (I can't remember exactly how many).  I stood behind the bar and served/took tickets.  Of course, anyone could have anything more even if they ran out of tickets!

Every item except for the Ranger Cookies (which my mom put out) were dye-free, corn syrup-free, GMO-free... you get the picture :).  It was as healthy as junk food can be for a movie party.  I tried to make the treats like movie theatre treats so we had Glee Gum


My daughter decorated her homemade cake with homemade icing like a director's clapboard.  Her name went in the director's name space﻿
﻿ 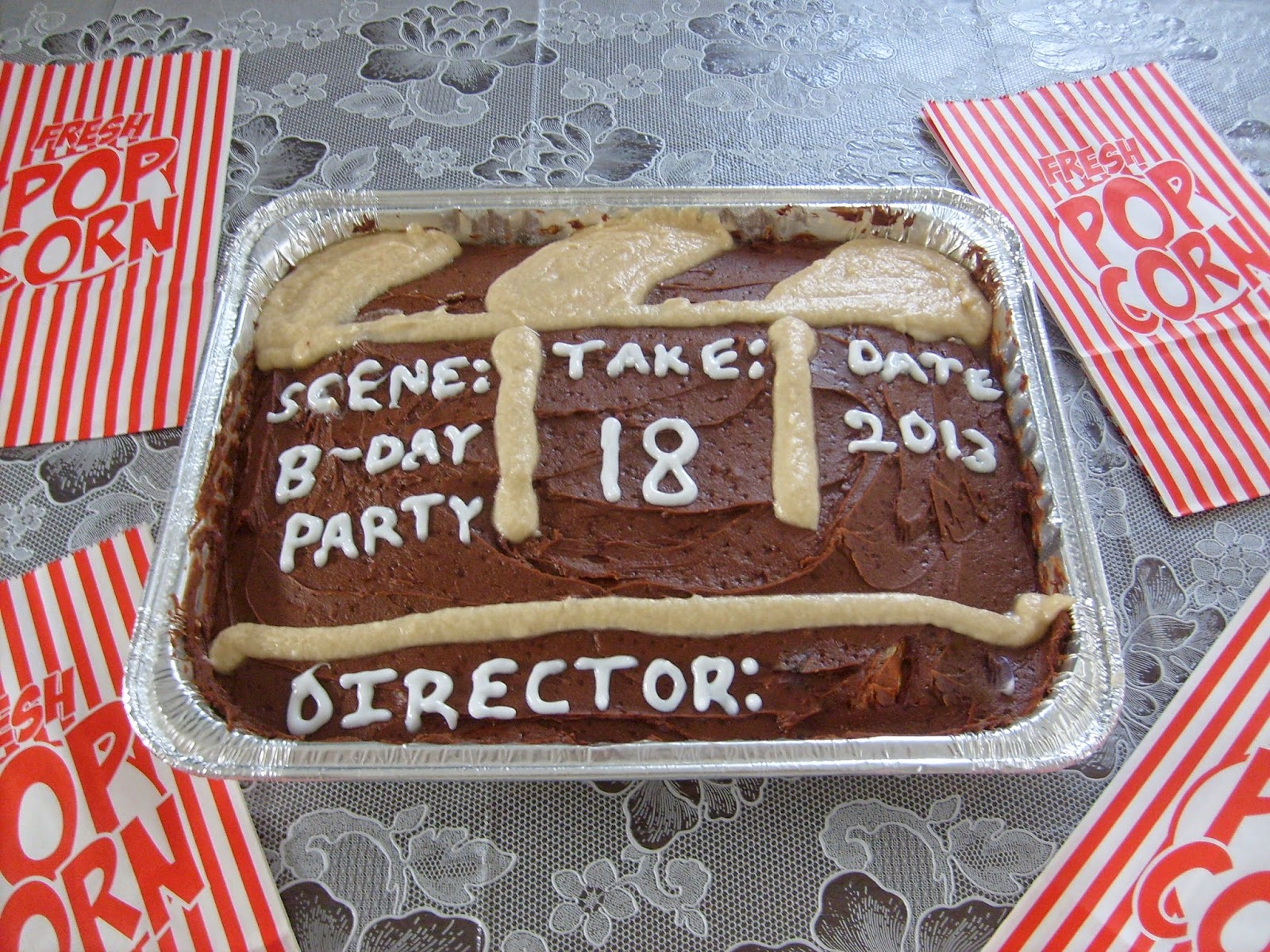 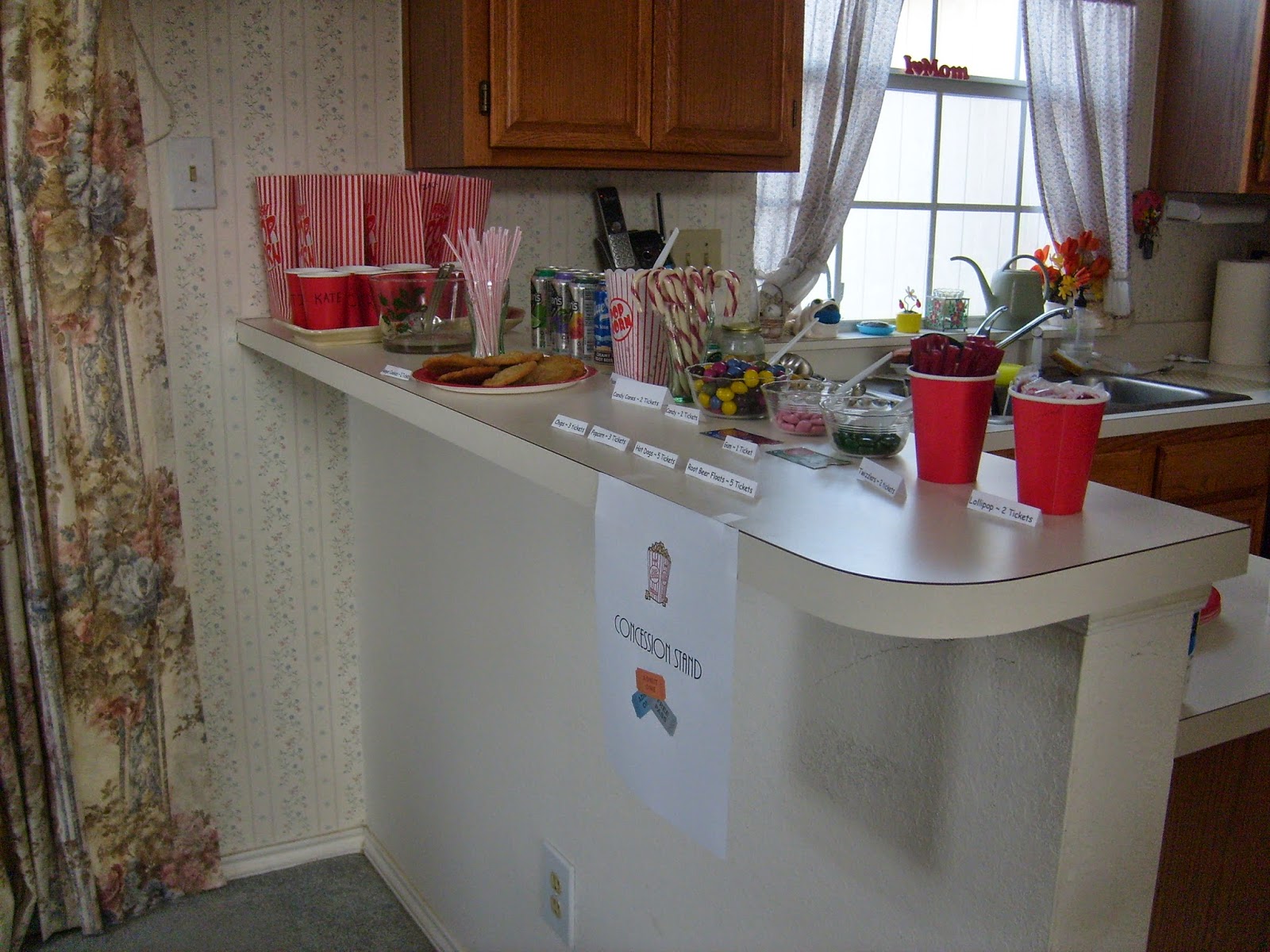 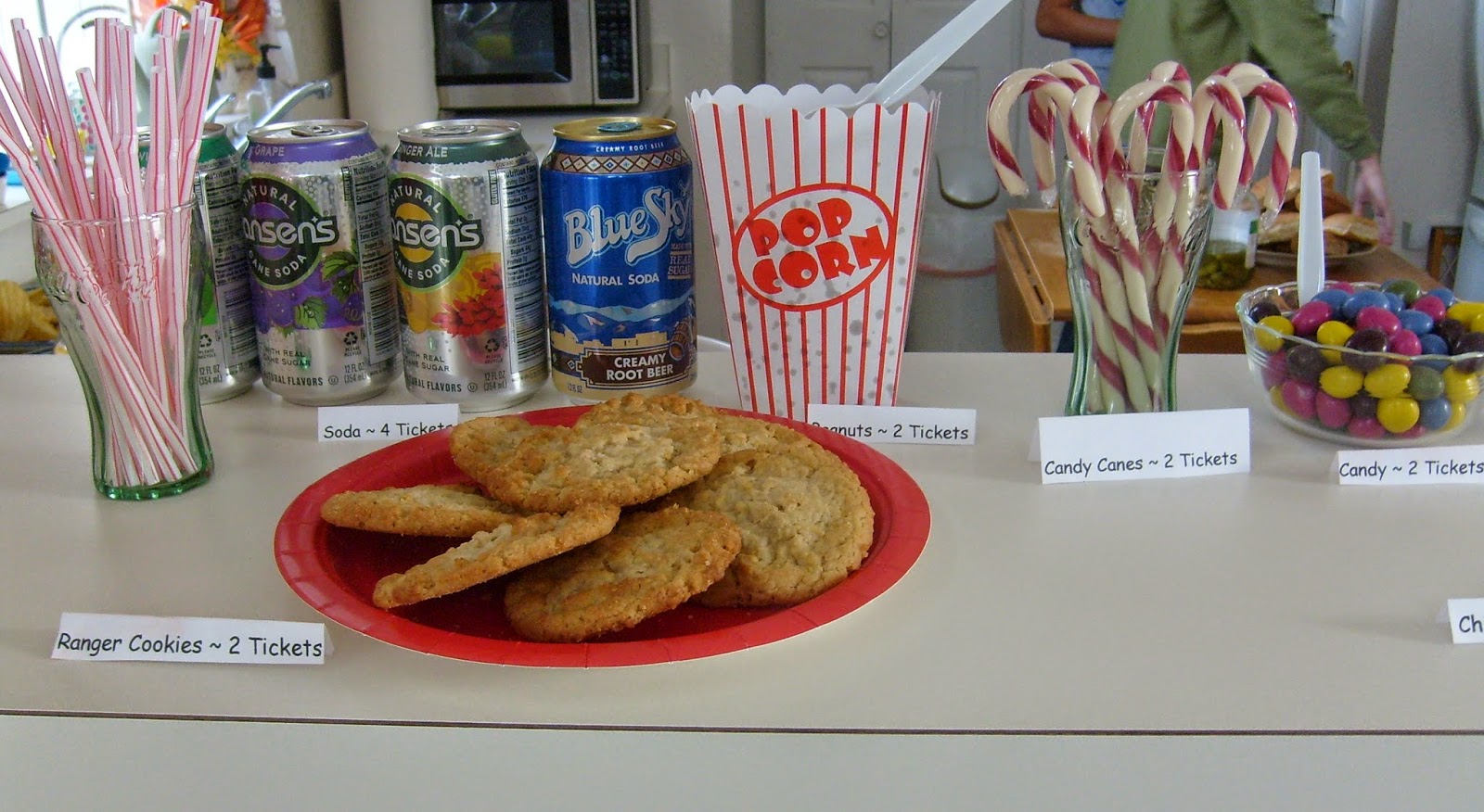 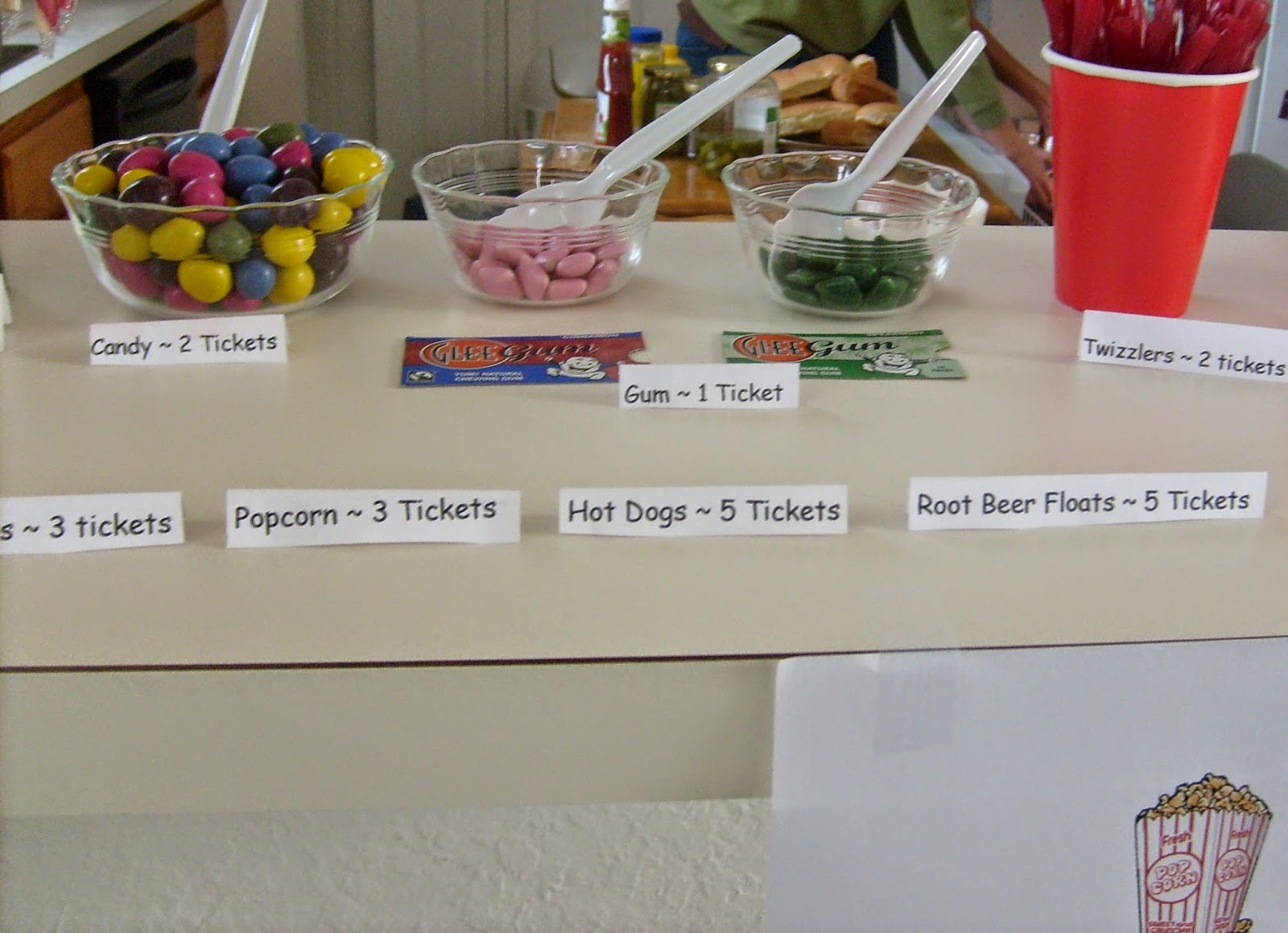 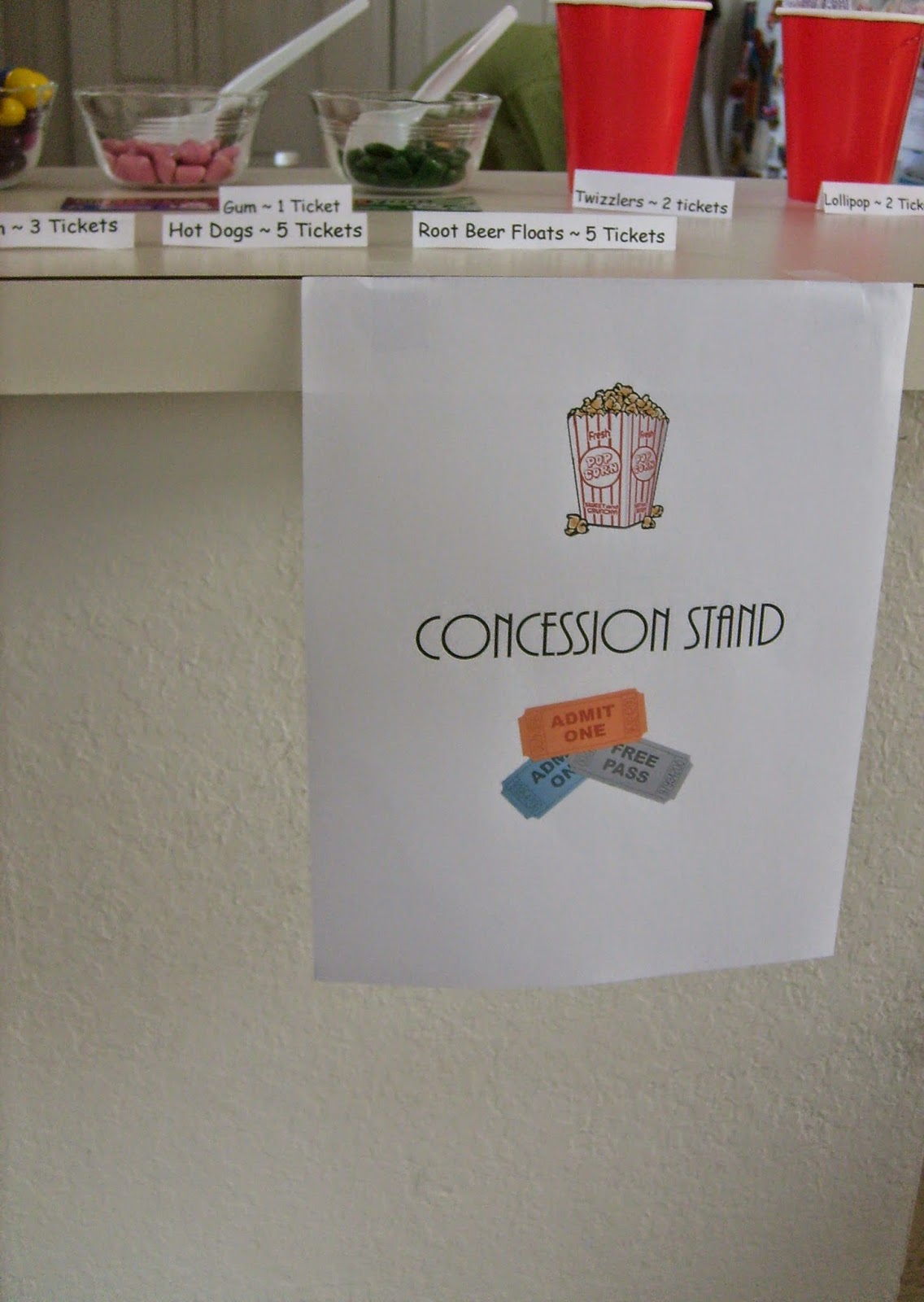 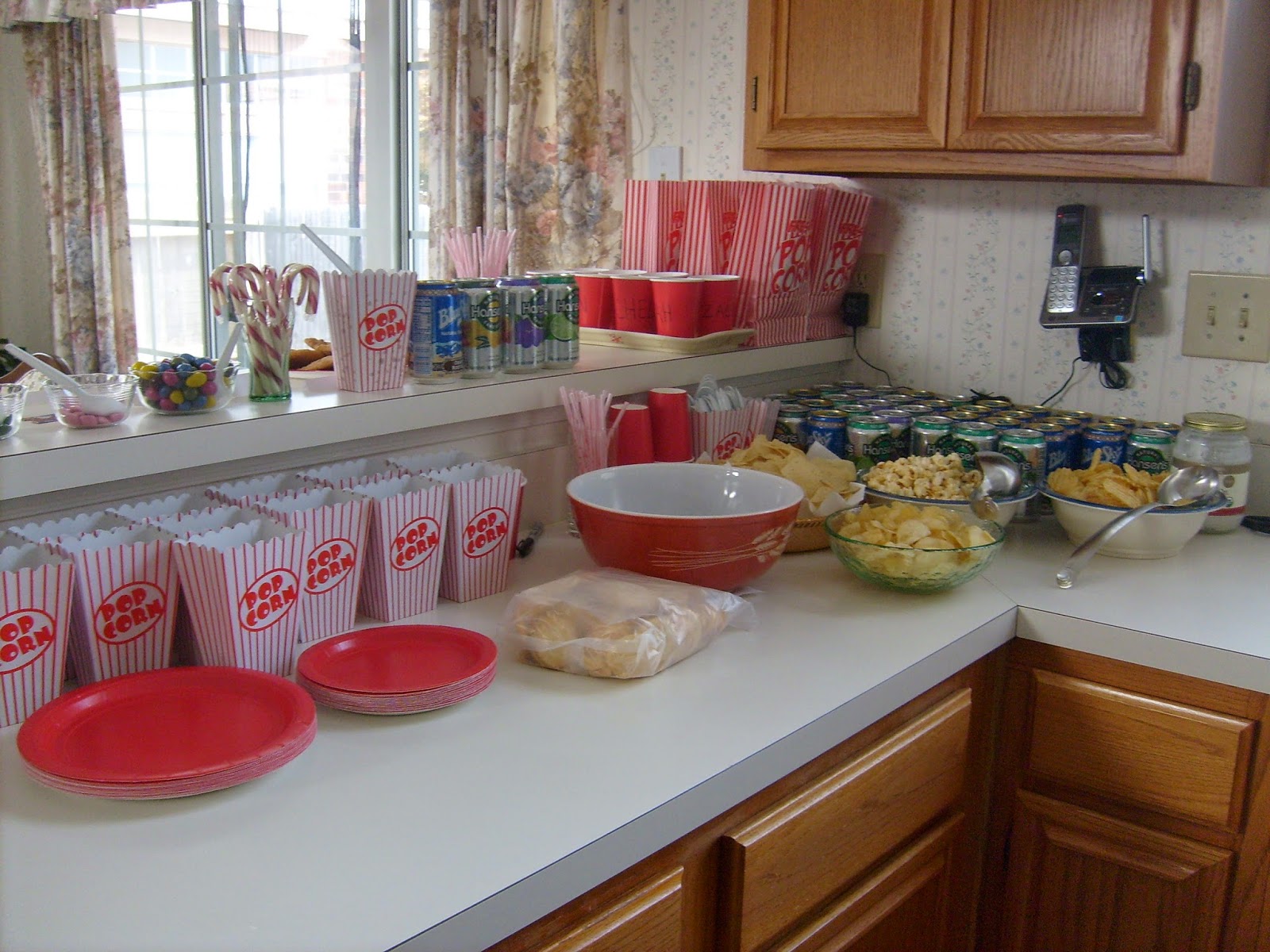 Here are some affiliate links of what we used.  We found them locally (except for Singin in the Rain - I ordered that from Amazon for her birthday):

Going through these links may generate a few pennies with no extra cost.


Posted by Bamboo at 9:15 AM No comments: Links to this post

I'll be getting the 3 pack of the HealTHY mouth essential oil drops.  Shipping for 3 bottles is about $3.95 (according to an e-mail - they were fast to respond, by the way).  It will end up being about $13 per bottle.  That is a great deal.  I could just use Thieves oil or make my own mixture but it would be much more expensive to buy each oil in high quality.  I'd like to give this a try.


[I am NOT affiliated with Ora Wellness

to your Amazon order, they have some at these links [these are affiliate links and may generate a few pennies with the same cost to you]:

Posted by Bamboo at 6:56 AM No comments: Links to this post I've had several ideas for my weekly homeschool enrichment D-I-Y class (Do It Yourself) that I teach tomorrow but nothing was really jumping out at me... well, actually one was but it may be too fiddly for them to tie so many knots to make a rug.

As I was winding down and looking through the links on a real food blog roll I saw a banana dessert and an idea did indeedy jump out at me.  Tomorrow we'll talk about all of the different ways to eat bananas and make a few of them.

How many ways can you think of to eat bananas?

~ sliced and sautéed in butter with cinnamon sprinkled over it

~ baked in the oven until soft (again with cinnamon on it)

~ rolled up in a crepe with... cinnamon(!)... and maybe even homemade whipped cream.

~ wrapped in a tortilla with peanut butter

~ in a banana split

~ sliced in a bowl with honey drizzled on it

These are just some of the zillion ways to eat bananas!


Now, let's extend it to plantains!

My grandmother used to have to harvest the bananas green and keep them in a storage shed or else they would all get stolen off of the trees.  I don't remember that but my mom told me the story.  So, it's not as weird as we think to harvest them green before getting them to the stores.

~ Sliced and wrapped in tortillas with peanut butter and honey

The children really seemed to be enjoying it.  Fortunately our class is right before lunch and the kitchen area bumps up against their lunch room so they can just take their DIY snacks straight to lunch!


This post is linked on Fat Tuesday and Real Food Wednesday.

Posted by Bamboo at 10:59 AM No comments: Links to this post

You know you're in Texas when you come across this sign... and it's for real! :)
[And yes, there were people washing their horses - but not on the sidewalk!] 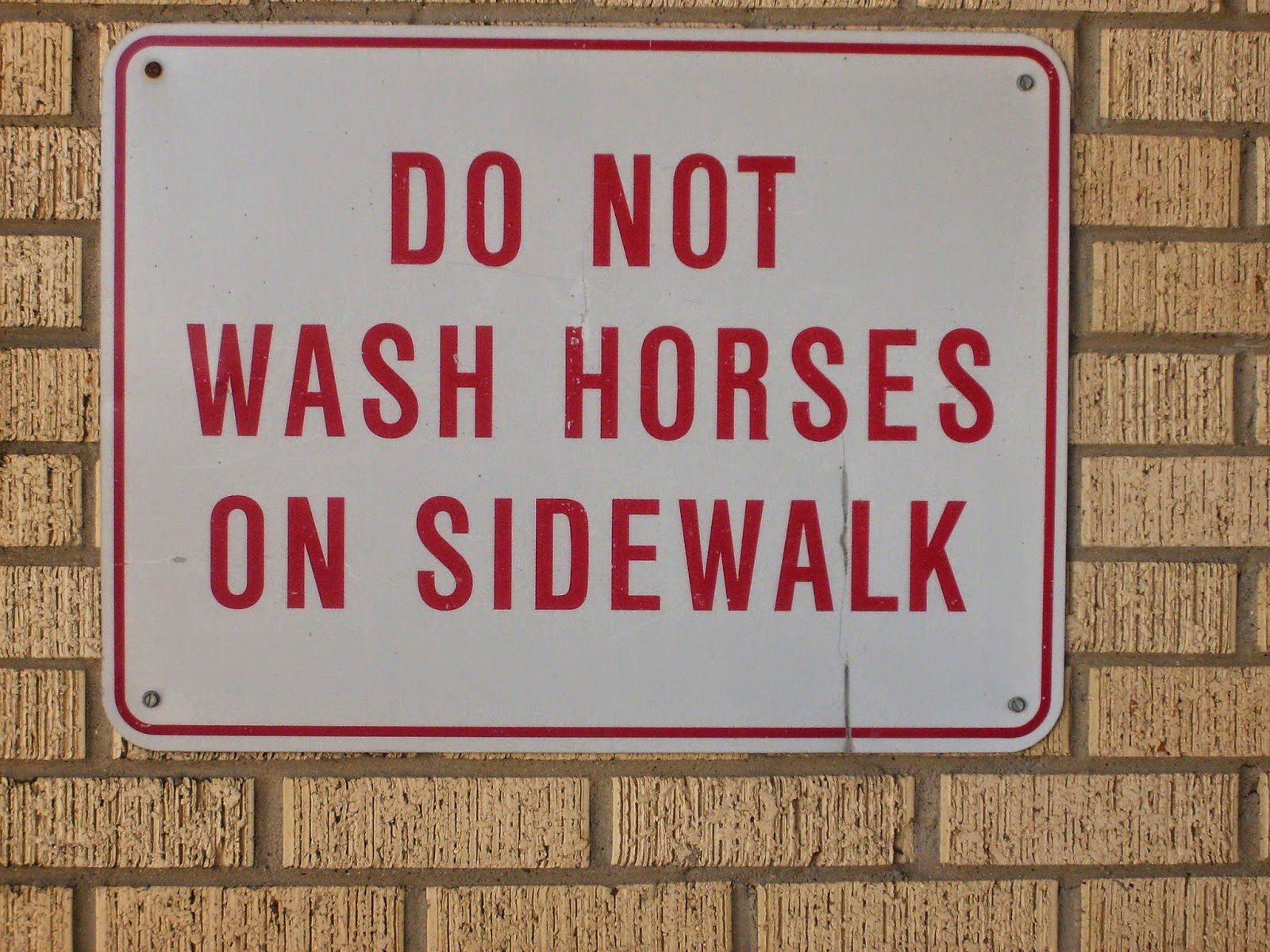 Happy Easter Weekend and Blessings to All! Posted by Bamboo at 8:44 PM No comments: Links to this post

What's Savin'?
(Yes, these subtitles can be a little lame sometimes, lol, but at least I'm thematic!)

I'll be getting the 3 pack of the HealTHY mouth essential oil drops.  Shipping for 3 bottles is about $3.95 (according to an e-mail - they were fast to respond, by the way).  It will end up being about $13 per bottle.  That is a great deal.


[I am NOT affiliated with Oral Wellness... I'm just passing along a good deal.]


Posted by Bamboo at 8:47 PM No comments: Links to this post

I alluded to this idea in this Biome post and here is the how-to and pictures.  Forgive the blurry pics - it's hard to tell if something is in focus with my bifocals!

I used Liesl's Biome map as my control for making the Biome Globe.  You can see it in the photo.  We've used it for years (thanks, Liesl!!).  It is laminated and rubber cemented to foam board for a pin map.  I always use strapping tape around the edges of my pin boards to secure them better.

We happened to just use our old land/water globe to make our Biome Globe.  It would've come out a lot smoother without the sand :).

Oh!  My daughter actually painted it as an extension of her biome studies. 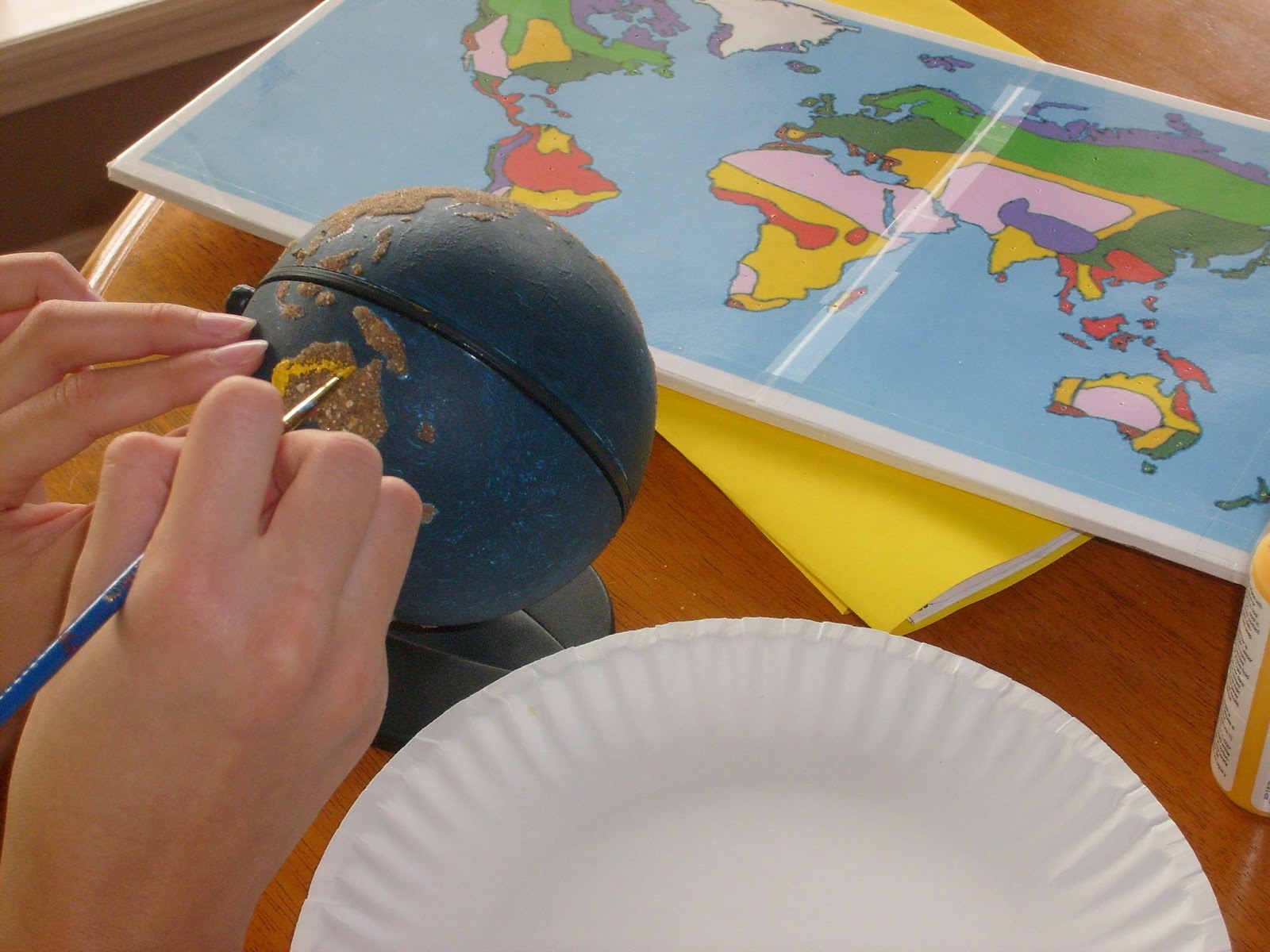 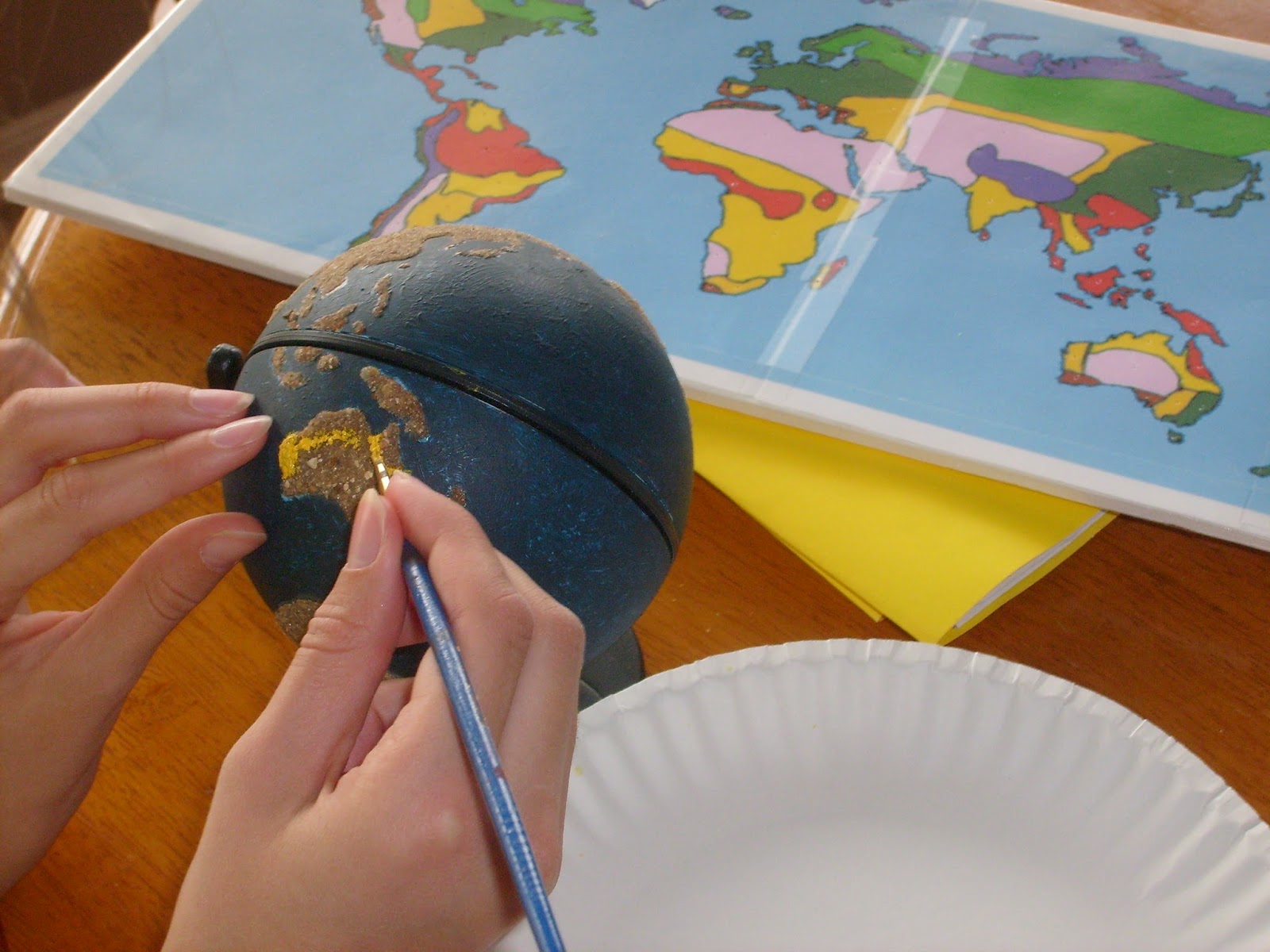 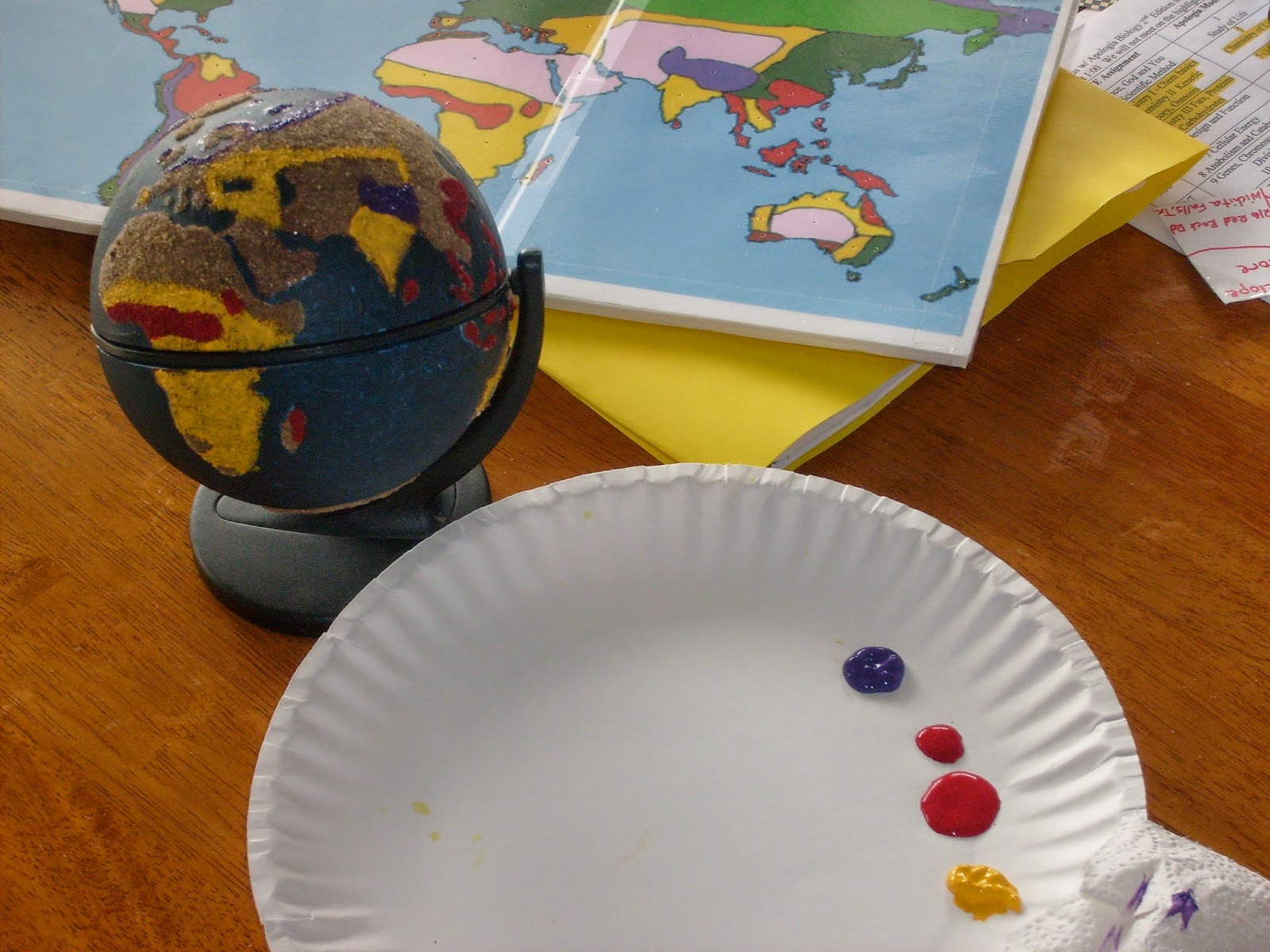 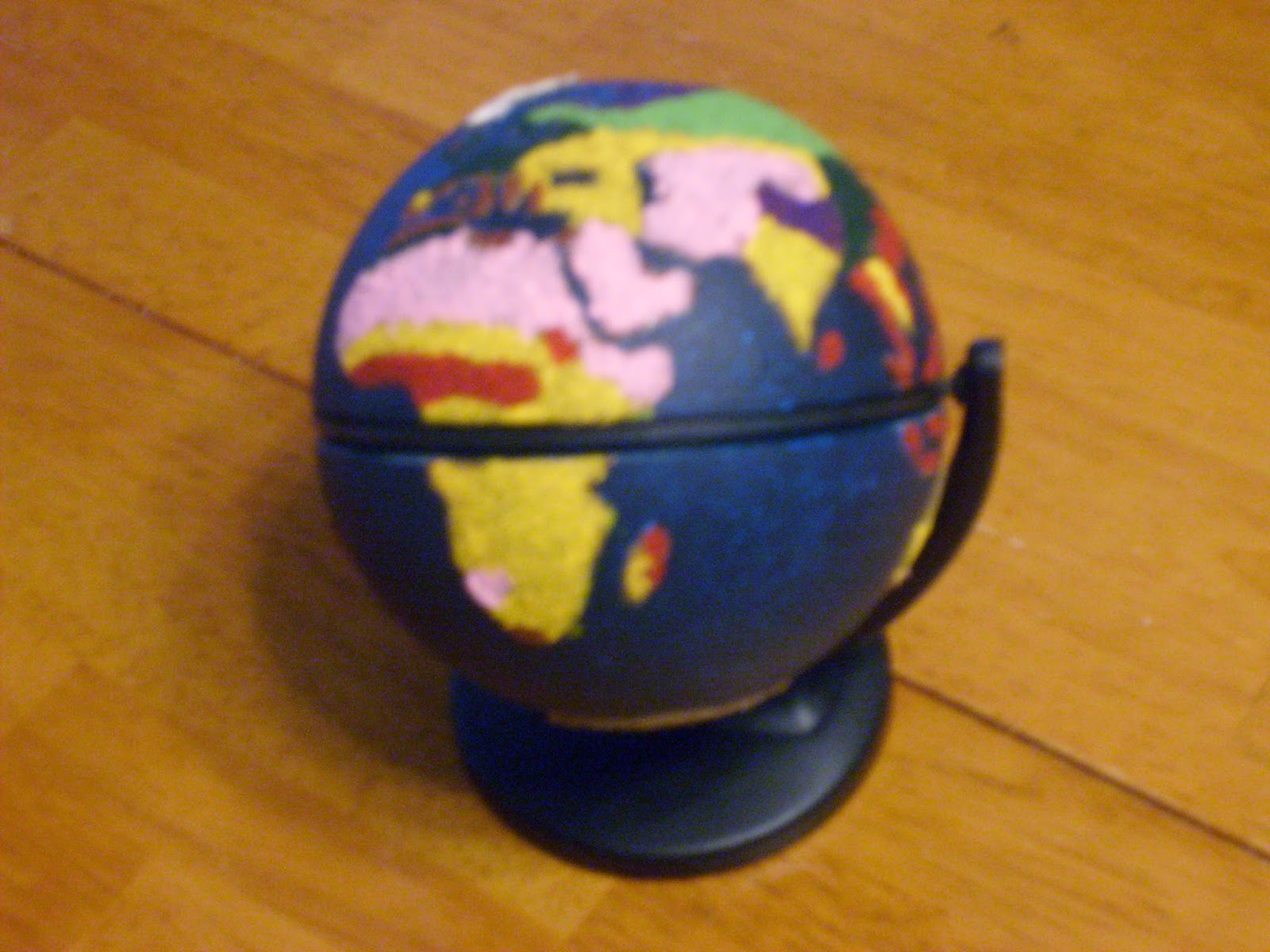 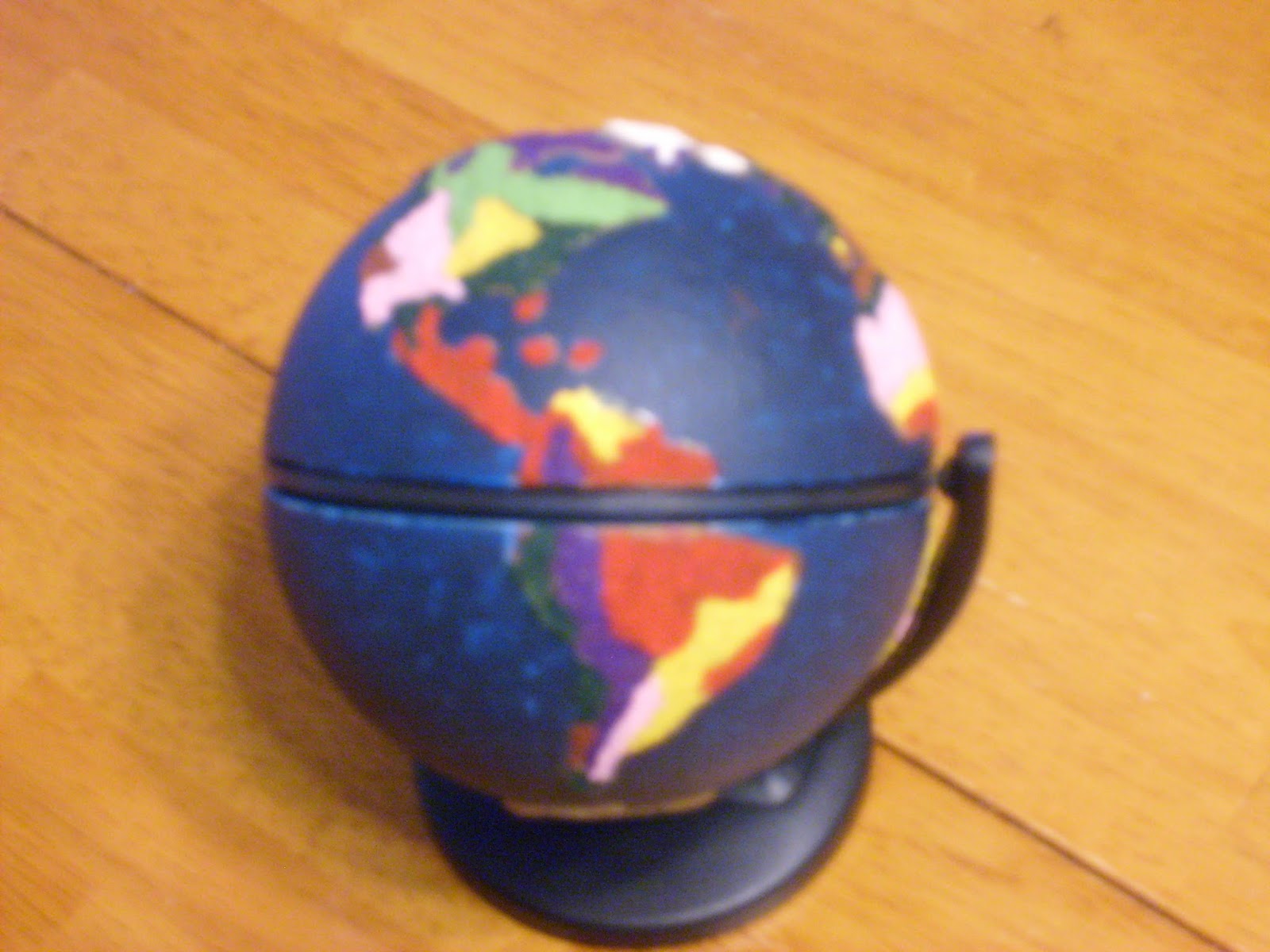 Posted by Bamboo at 8:15 PM No comments: Links to this post