Boy, this would fit right in with Erdkinder, I think :).  The older girls were giving oldest dd's 4-H goat a bath a while back.  He is so tame (usually!) and takes it much better than our big dog does.  We'll see how he does at showtime.  I just had to share these pictures :).


I haven't decided how this will fit in on her transcript; probably animal science.  She spends about 2 hours every day taking care of the goat (feeding, walking - yes, down the street! - trimming his hooves, brushing, drenching with dewormer medicine, and of course: bathing).  That doesn't even include shopping for feed, researching and learning about goats, workshops, etc.  She also keeps records, measures him, keeps track of expenses, and photographs him.  She will most likely submit her annual 4-H Record Book in the Goat category this year.  It would take less time if he didn't have emotional issues and only eats with her standing next to him!  She can't just feed him and leave.  She has to feed him and keep him company while he eats.  He gets upset if he doesn't get his way and paws at her to take him for walks (he use to jiggle the collar hanging from the gate but now she puts it on him as soon as she gets in so he found another way to ask).

He likes hanging out in the pasture with the dogs while the children are playing volleyball or playing with the dogs.  He jumps and runs and forages.  He has to stay on a leash held by dd, though, because he's a jumper and can get over the 4 ft fence (you know, the grass is always greener...).  She can't even leash him to a post to play volleyball because he goes nuts to get next to her and can hurt himself.  So... she has to have him next to her while she plays volleyball!  He doesn't mind the dogs, even when the little one tries to get him to play with her. 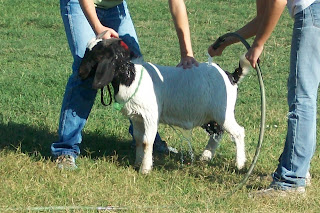 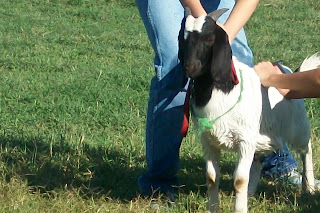 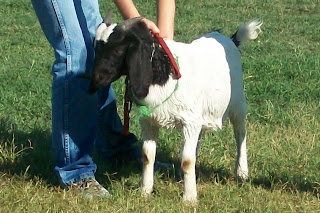 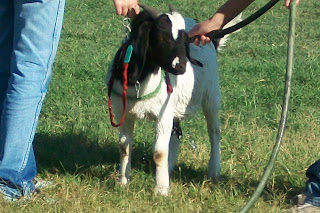