Oldest dd wrote this poem tonight (Memorial Day) (AFTER lights were out, btw - and she came out to show it to me :) ).  I thought I would share it with all of you this Memorial Day.  She's been reading Ralph Fletcher's Poetry Matters book and a book by the same author with poems about moving (relating to his move when he was young) called Moving Day.  Poetry Matters is written with the children as the audience instead of the teacher and it is about writing poetry.
______________________ 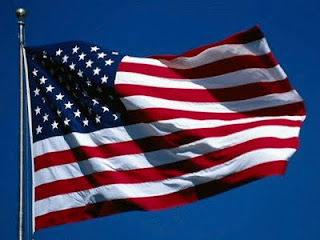 The lone soldier left for dead on the battlefield lies twisted like a crumpled brown leaf.
Next to his lifeless horse, a tattered canteen, and his sharp shiny saber in its sheath.

Lying face down in the blood-soaked soil he realizes the end is near.
He thinks of the ones he loves the most:  his wife and his children dear.

So many men have died this way.
So fly the flag on Memorial Day.
Posted by Bamboo at 8:55 PM